the Wards OR the house with 2 HEADS

Pity- they could not live in architectural harmony.

Castle Ward, County Down Ireland built in the 1760's 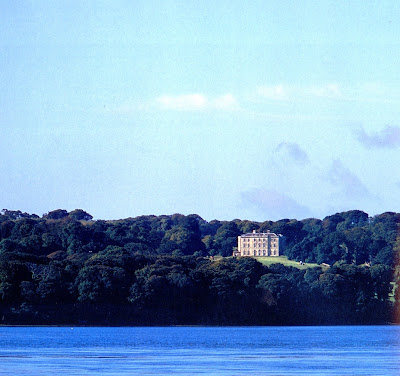 Rich widowed Lady Anne was scooped up by Bernard Ward (later Viscount) for his wedded wife and her substantial fortune. Together they created Castle Ward- She in the Gothick aesthetic- He in the Classical. 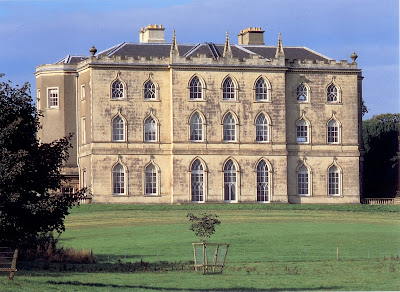 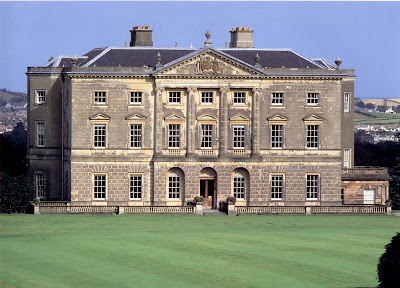 from a visitor-
"Mr. Ward is building a fine house, but the scene about it is so uncommonly fine it is a pity it should not be judiciously laid out. He wants taste, and Lady Anne Ward is so whimsical that I doubt her judgment. If they do not do too much they can't spoil the place for it hath every advantage from Nature that can be desired." Mrs. Delany 1763

Hall to Staircase in the "Viscount Ward Style," Doric columns of scagliola 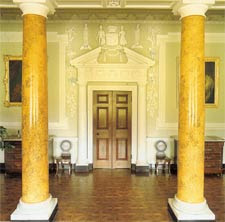 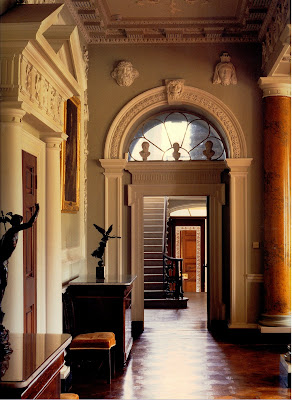 "Lady Anne or Lady Bangor wrote
"I must repeat what I believe I have said twenty times befor that I cant think that a husbend or any set of people has a wright to Buly a women[or] that it is her duty to bear the treetment I have met without any hope of amendment."
The Lady might have done a bit of mental "bulying" in the ebullient Gothick Saloon with its ceiling likened to "a gigantic decorated halma board, complete with pieces." While Bernard hoped "the drawings of the Roof of Henry the eights Chapel, a Chineise Bed and a Temple, her La has got."

Though the ceiling in the magnificent Gothick Boudoir is said to be taken from the Chapel-it bears little resemblance. " Obviously if the Lady did receive them- she summarily dumped them in the Strangford Lough.

the Gothick Saloon(click for a virtual tour) 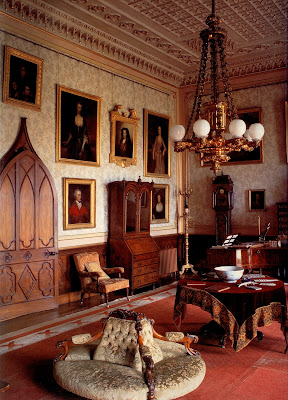 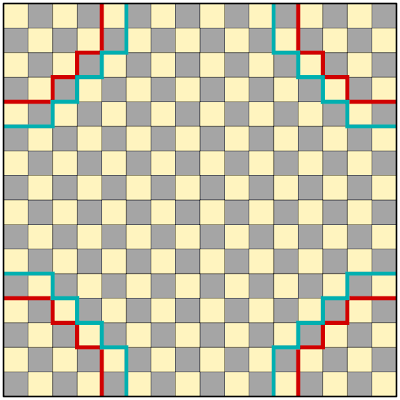 A visitor to the Castle in 1772 records- it was " still not quite finished" though the family was living there, and as to the Hall floor-it was "diced and kept so smooth with rubbing and beeswax that you are in danger of slipping every moment." (the floor in pictures above is parquet-the original were oak and mahogany.) Perhaps a housekeeping instruction dictated by Lady Anne- awfully unfortunate if an accident might befall the Viscount.

Rustic plasterwork in the Hall. Some of the objects depicted are actually the real thing-plastered over- a labour saving plaster technique. 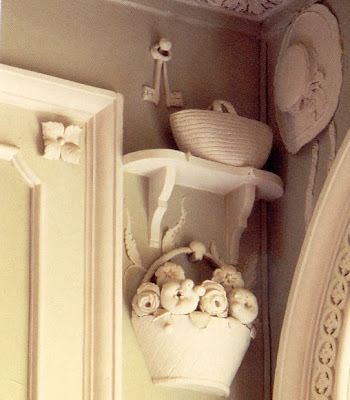 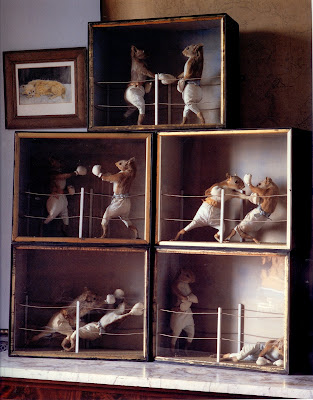 Castle Ward's Victorian ironing and airing room- in the Ward tradition, another bulying tactic of women. 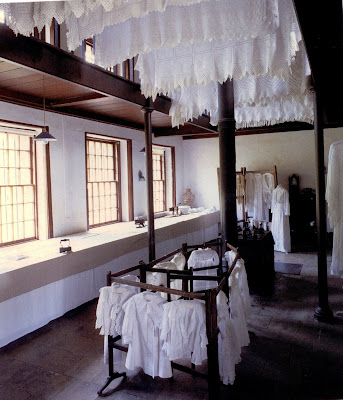 It is recorded that the Lady Anne fled to Bath, living apart from Bernard and leaving her Gothick Castle behind- other accounts dispute this claim.