carrying on - at the Hunting Lodge, Part I of Fowler- then and now 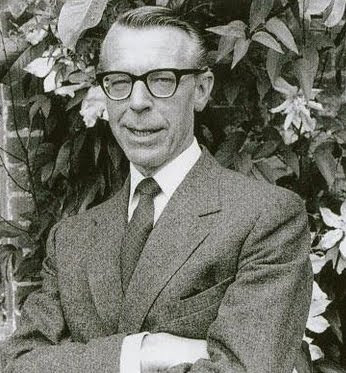 What is to become of the Fowler legacy? Much examination and re-examantion of the designer's work by his devotees and perhaps in the other camp of British historians goes on and will continue. For my part, the more I examine, the more I am convinced of the designer's extraordinary ability to reverence and reject what is best & least desirable about the past. Is there a current designer doing the circuit that is capable? Desirous? Not so many desirous- has John Fowler become-demode? Certainly none of the hot designers we see in the glossies published in the States are reverencing or referencing the Prince of Decorators. There are very few hand painted wall finishes, marbling of baseboards, picking out of moldings, dragging of walls. 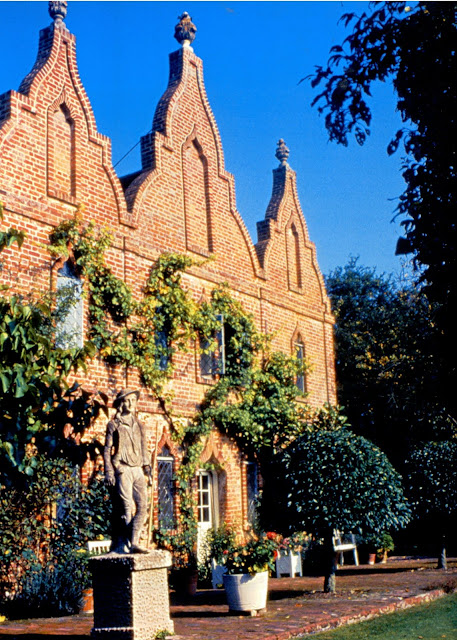 John Fowler lived at his beloved Hunting Lodge from 1947 until his death in 1977. The house is now home to bon vivant voyeuristic interior designer- Nicholas Haslam. The Lodge is a 1730s architectural gem in Hampshire Haslam has leased from the National Trust. That John Fowler requested his ashes scattered under a Magnolia stellata in the flower beds near the house- should not go unnoticed and further ties the two decorators if not aesthetically- certainly metaphysically.

How did Haslam find the house? “I knew that Fowler had died and that someone — I’d better not say who — had moved their mistress into it, but he was got out for transgressing the National Trust code.” So he drove down one afternoon and had a poke around the outside, deciding to take it without even looking inside. He has never regretted it.
“The house is so welcoming,” he swoons. “It just loves people. Cecil Beaton and that world have been, and I’ve had some parties. The big hunting party for my 40th birthday was quite fun. It had rained for a week, but June 16 dawned and it was boiling. I had Cole Porter being played, jazz music, dancing, a tent, silver and mauve fireworks. 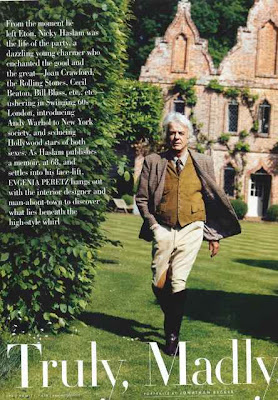 As readers know, I will absolutely invite darling Nicky to decorate for me when my Normandie docks. I think Haslam has the heart and the smarts to keep John Fowler's work alive. Indeed-as evidenced in his many references, homages in his own work to Fowler -Haslam is ready for the mantle and wants it.

Some say though witty, sparkling -Haslam just doesn't have the seriousness that Fowler tasked into much of his design work. Granted Haslam will never bear the scrutiny of the National Trust- and it would seem that Fowler's work today stands on shaky ground with that august body. They would perhaps declare the Prince a bit passe- too much decorating and not enough investigating-or something like that. The processes historians use today to glean their results on colour and decoration of the past is so highly developed beyond that of the scraping Fowler did- is irrefutable. My question is, Would the Prince have adhered to the findings? That is to be explored another day-perhaps even for more scholarly minds to tackle. I for one- am strongly drawn to what is beautiful, timeless, what is classical- than to what is historically accurate.

This posting represents the first of ongoing devoted to these two princely gentlemen- John Fowler and Nicholas Haslam. In the March  issue-World of Interiors- its "antennae" finds Nicholas Haslam introducing a Venetian-blind pattern to his fabric collection called Random Harvest. The good looking "Shutter Stripe" made of linen is available in ten colourways. It is no surprise to find the Venetian blind pattern was one of John Fowler's favourites. I think at one time Clarence House or Brunschwig had this fabric in their line-they still may. The Shutter Stripe is nothing but one of the most clever fabrics I have ever seen.

Clever I say- Can you argue?
SEE no. 3 below- with Shutter Stripe pictured 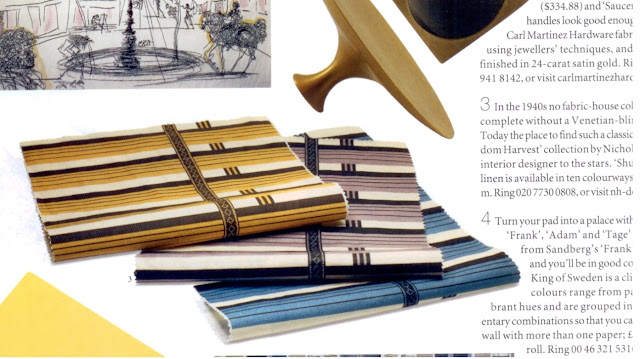 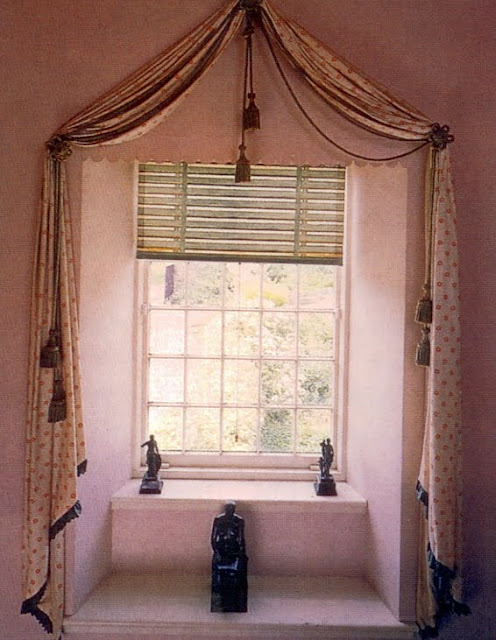 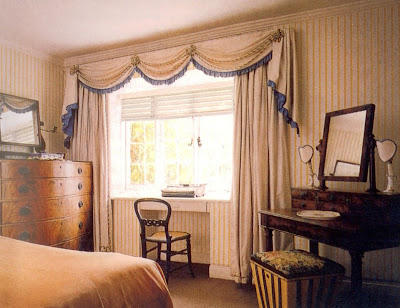 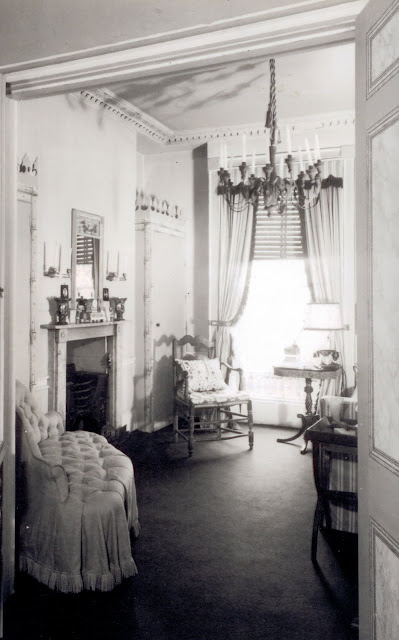 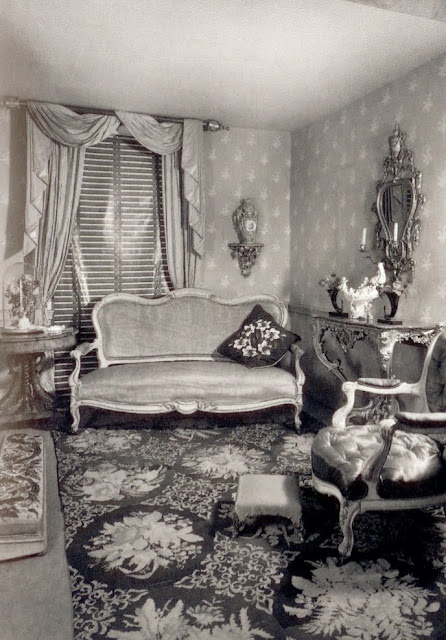 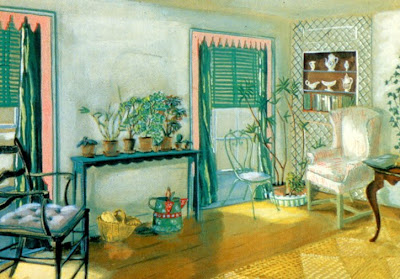 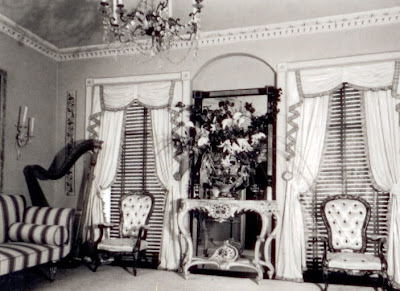 It appears that Haslam quite loves Mr. Fowler, and  I say bravo! Such a witty fabric like the Venetian Blind seems to tie together everything Haslam and Fowler preached about- reverence of the past, a bit of fantasy and fearlessness.