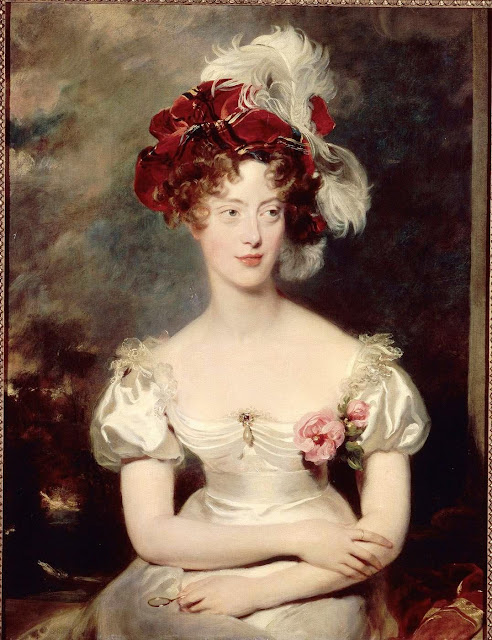 Caroline was born at the Caserta Palace as the eldest child of Prince Ferdinand, heir to the throne of Naples and Sicily. Her mother was an Archduchess of Austria herself the tenth child and third daughter of Leopold II, Holy Roman Emperor and Maria Luisa of Spain. Her parents were double first cousins. more here from the Esoteric Curirosa

Tomorrow Sotheby's in London sends the largest collection of Duchesse de Berry's possessions since her lifetime to auction.


“The sale of this significant group of property from the collection of the Duchesse de Berry is testament to the exquisite taste and eye for the finest objects that this extraordinary and rightly renowned lady possessed. They also reflect the quality and rarity of the other items of aristocratic provenance to be offered – the entire sale is compiled of pieces that were originally selected by European aristocrats and connoisseurs for their craftsmanship and beauty and will no doubt appeal to discerning collectors today.” 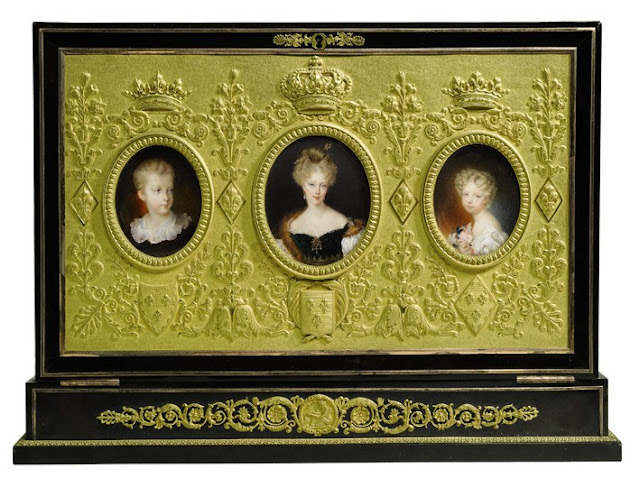 Princess of her time, having married Louis XVIII's nephew Charles Ferdinand d'Artois in 1816 at the age of 18, Caroline was a great patron of miniaturists, cabinetmakers and porcelain manufactures, acquiring many of their works, adding to the famous collection of her late husband. Along with her patronage of the Arts,  the new technique of lithography made the Duchesse de Berry's beauty admired and recognized throughout Europe. 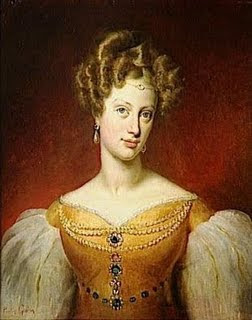 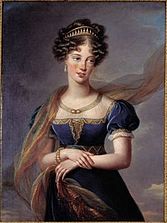 "I painted Her Highness the Duchess de Berri, who gave me sittings at the Tuileries with the politest punctuality, and besides showed me a friendliness than which none could have been greater. I shall never forget how, while I was painting her one day, she said, "Wait a moment." Then, getting up, she went to her library for a book containing an article in my praise, which she was obliging enough to read aloud from beginning to end. During one of these sittings the Duke de Bordeaux brought his mother a copybook in which his master had written "Very good." The Duchess gave the boy two louis. The little Prince, who might have been about six, began to jump for joy, shouting, "This will do for my poor - and for my old woman first of all!" When he was gone the Duchess told me that her son referred to a poor soul he often met when he went out and of whom he was particularly fond. While the Duchess sat for me I would become irritated at the number of people who came to make calls. She took note of this and was so considerate as to say, "Why did you not ask me to pose at your house?" Which she did for the two final sittings. I confess that I never could think of such affecting warmth of heart without comparing the time I devoted to this genial Princess with the melancholy hours Mme. Murat had made me spend.  I painted two portraits of the Duchess de Berri. In the first she is wearing a red velvet dress, and in the other one of blue velvet. I have no idea what has become of these pictures." Madame Vigée Le Brun:


In 1820 when the Duke was assassinated,Caroline was carrying their child, Henri.Known as the Comte deChambord, Duc de Bordeaux  &  to the masses as "the miracle child"-continuing the direct Bourbon line of King Louis XIV of France. A daughter Louise had been born to the couple before the Duke's death.

Other pieces in the auction of the Duchess' include  a French exhibition quality parcel-gilt silver musical automaton model of the Océan classe ship Duc de Bordeaux, given to the son of the Duchesse de Berry, Henri, Duc de Bordeaux on the occasion of his christening in 1821 by the city of Bordeaux (est. £50,000 – 80,000) lot 198. 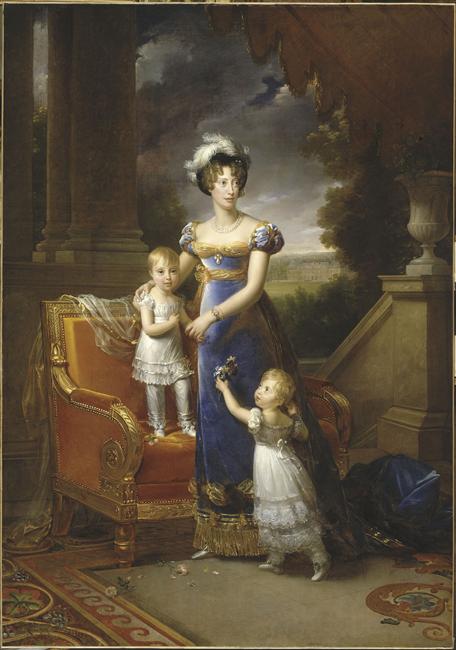 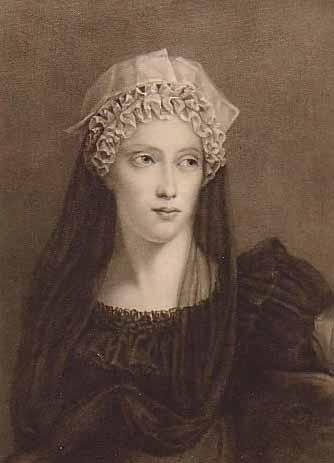 Mme Vigée Lebrun painted the duchess de Berry in 1820 at the age of 22, just after her husband was murdered by Louvel.  After the Duke's death his young charming widow became the center of the royal court, and fashion arbiter-wearing shorter skirts &  adopting tailored menswear for riding. She also ushered in interior decoration in the Renaissance and neo-Gothic styles after becoming tired of the Empire style of the period.

other auction highlights- include lots 17,18, 19, 20-jewelry of the Duchesse's period-Italian
an Art Deco console table lot 330

Email ThisBlogThis!Share to TwitterShare to FacebookShare to Pinterest
Labels: Duchesse de Berry, how they decorated, Sotheby's