.
always-I love to find a new resource for inspiration- from the Corinthian Column- I discovered a new blog called Alberti's Window: An Art History Blog.

Do go and read the story and the discussion- topic- the expansion of the ISABELLA STEWART GARDNER MUSEUM in Boston. There are many reasons to know the museum and perhaps more not to-The Museum is about as idiosyncratic and fascinating as the lady whose name its bears.

Such a story. the Woman- the Art Collection- the Museum-the Robbery.
Now- another chapter in the Gardner story-the expansion.

interior courtyard of the Palazzo 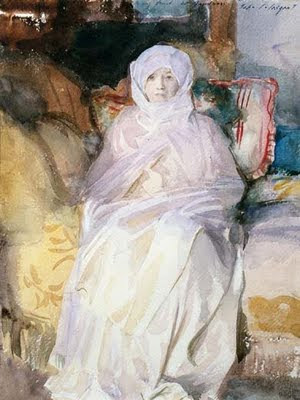 Mrs. Jack Gardner- known as Donna Isabella- the doted on wife of Jack Gardner of Boston Society. Her antics were scandalous, salacious even- for staid Boston as the 19th century was looking to turn. Her very long strand of pearls were as legend as her eccentricities. She was known for her passion as an art collector with unlimited funds- was sought after by the likes of Henry James who was inspired by Isabella and her magnificent pearls for his novel The Wings of the Dove. John Signer Sargent was a good friend. Mrs. Gardner began amassing her art collections in her travels abroad with her husband and her trips to Venice would ultimately inspire her own version of Venice's Palazzo Barbaro - now the Isabella Gardner Museum.

The Museum feels ancient when entering-it truly draws you in to the era-the stunning collection Gardner collected with the expertise of Bernard Berenson. Botticelli, Titian, Raphael- all reside in the Museum today.

Her museum was her home-and she stipulated that after her death, each painting and each object in the collection was to remain as she placed it. Thieves did not take this into account.

The 1990 robbery of  Vermeer's The Concert was a shock to the art world-lax security, priceless works of art, the frustrations of an unsolved case still hover over the Dutch Room at the Gardner. Gilt frames hang empty-awaiting the return of Mrs. Gardner's property. 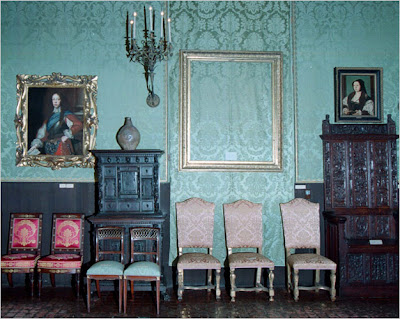 Again- Mrs. Jack is in the news- The new expansion of the Gardner. The 70,000 square foot space-said somewhere to be the as the young nephew that reveres and idolizes the grand old aunt. We shall see how kind the wiley nephew behaves. He is jangling the nerves and pearls of the Gardner right now-

Read this from the GLOBE here

They are still talking about MRS JACK, DONNA ISABELLA in BOSTON

-I think they will be for some time.

This, I think would thrill the lady.