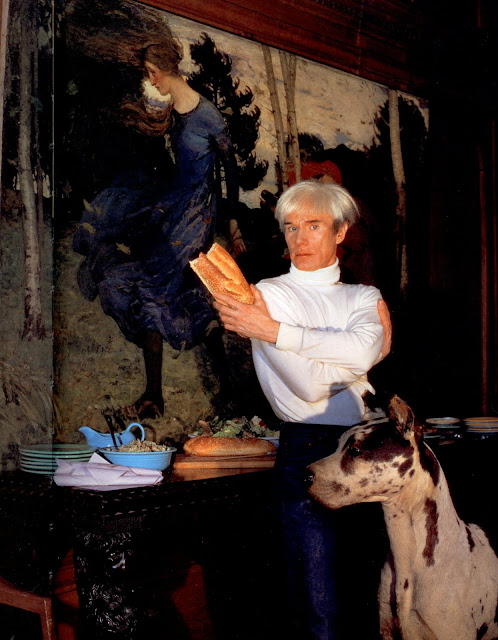 The photographer HORST serving up ANDY WARHOL in the 1980's. Warhol in his panelled boardroom at the FACTORY serving cold cuts at his Irish Regency sideboard. A beautiful Pre-Raphaelite painting by Scottish David Forrester Wilson. The infamous Factory was an 1870's warehouse housing Wahol's work, the offices of his magazine INTERVIEW and his collection of antiques. (note the great dane Cecil) 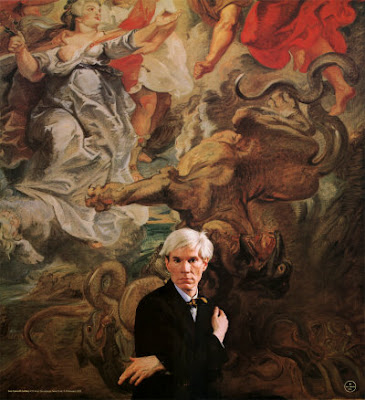 Closeup of  an American Rococo chandelier in the Warhol townhouse-surrounded by Orientalist stenciling- & decorated by designer Jed Johnson. Johnson and Warhol moved into the Federal-style townhouse in 1974-it is here JJ perfected his  impeccable design skills. Interestingly- Warhol wanted period appropriate furnishings for the 6 story townhouse-giving Jed Johnson license to indulge in the historic details he loved. In the book JED JOHNSON- OPULENT RESTRAINT INTERIORS, Johnson cites the Mark Twain house in Hartford Connecticut as one of his favourites, finding its late nineteenth century hand stenciling as his inspiration for the Warhol townhouse.Labour intensive hand stenciling produced glorious results throughout the rooms in the house. 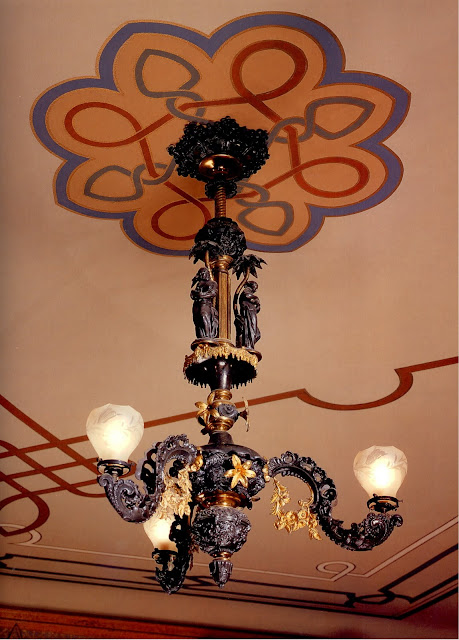 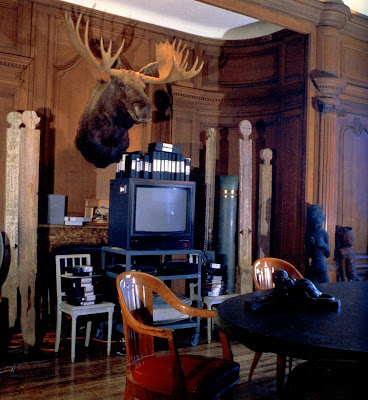 The Jed Johnson take on a Federal Parlour at the Warhol townhouse. With period furnishings- 1835 Philadelpia mahogany recamiers, another Philadelphia piece-the secretary placed between a pair of heavily dressed windows in period style with handmade trims, a Baltimore stenciled center table and a circa 1900 Aubusson. 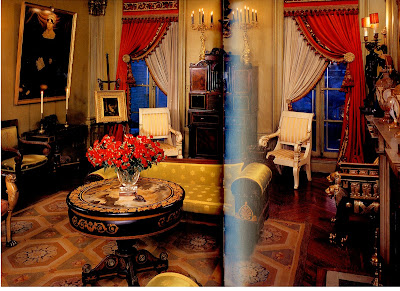 Another look at the intricate stenciling in a corner of the townhouse-where a bronze Mercury, heron sconce and a Franz Hagenauer sculpture and silk lampas curtains reside in perfect accord. 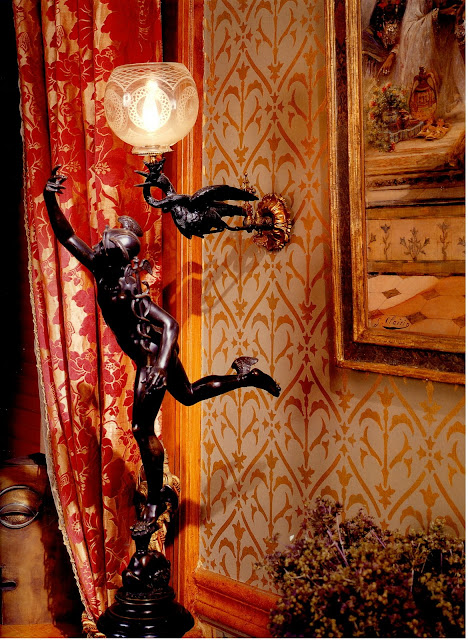 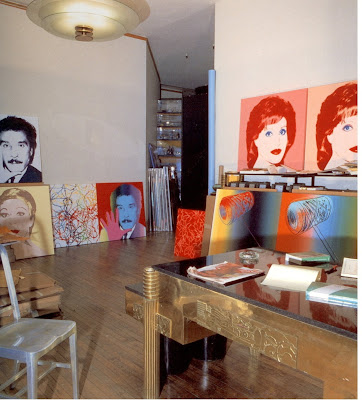 Warhol loved visiting all the sumptously decorated rooms in the townhouse but spent most of his time in his bedroom surrounded by his dachshunds, a tv and telephone-despite his celebrity-Warhol remained intensely private. The Johnson designed Warhol bedroom retreat with an imposing Federal mahogany bed. According to Johnson Andy's favourite place for hiding his jewelry was the canopy. This room of all the townhouse rooms shown in the Johnson book is my favourite. Elegant, layered with textiles,period details in the bed hangings, color palette,religious iconography- all perfection-stand in bold contrast to the man known as Andy Warhol. 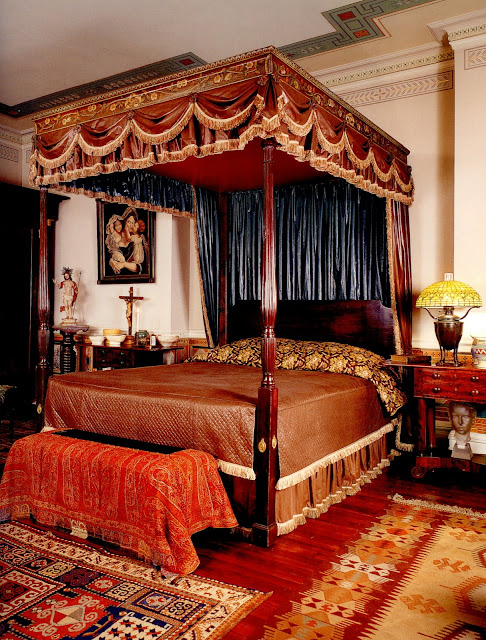 more about the Townhouse here from Cedric of Paris 2E
ALL IMAGES OF THE WARHOL TOWNHOUSE from OPULENT RESTRAINT
.