tales from the crypt or always read the comments & Edit, edit, edit A REPRISE 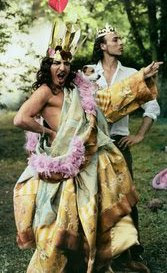 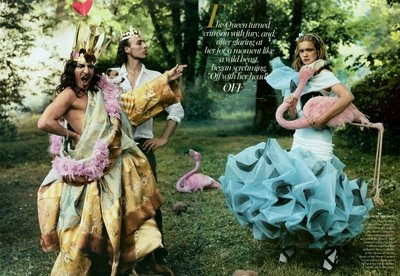 Whatever-they are essential reading, especially when the Anon(s) come calling. If you blog do you allow Anon. to comment? I do- however more and more I am getting comments with links to viagra, computers, increase you blog traffic,  or cloaked in -'great post-they get better and better-I have been researching_______.'  I must say I do enjoy the gushing ones-they are not many (at all) mostly the snarky Anon. can make things interesting. I have only chosen to Not publish 1 from Anon. dear Anon. and you know why- HERE. 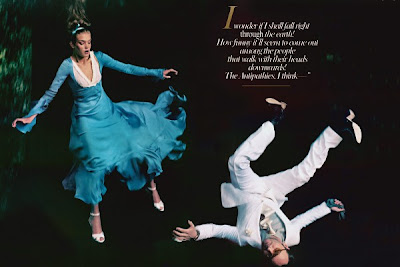 and another thing. if you blog do you arrange to have "set" comments responding to the Comments your readers leave? Something sincere, generic? Still-I am relatively new to it all and have mostly come along by the seat of my pants or skirts-but that's another post. No glorious introductions, No behind the scenes- 'dear, let me just tell you This before you That. just Trust Me. 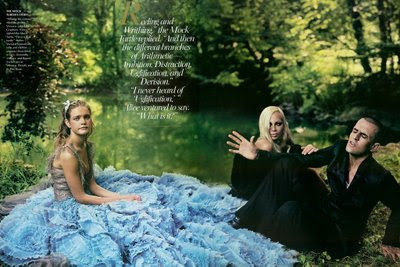 where is this leading- HERE- & then right Here on this very page (in the spirit, Well- just in the Spirit) Edit, edit, edit A REPRISE and the COMMENT that prompted my response below-


I have a beautiful quilt in dark broody colours, but that's not why I'm here! Where has Edit, Edit, Edit gone? LA, why did you 'conceal' it? Please tell.
Anon.

dearest Anon-& why do you conceal your identity? prerogative? I do wish you had visited it earlier. I removed the post because I had 2 old hands at blogging comment that they thought the gratuitous insipid comments I had received from Eddie Ross were Automatic ones and not true responses to my humble opinion about editing the room. I did think if this WAS the case-my own reaction was unwarranted though my opinions still stands. I am nothing if not fair- If the comments could have been read in the full context of the post- I would have left it up. But since-I found the explanation very plausible it seemed I was reacting to a phantom reply- that was unfair.I live and learn and I do know when to edit. You? If you would like a full copy of the post-send an email and I will copy you on it. pgt 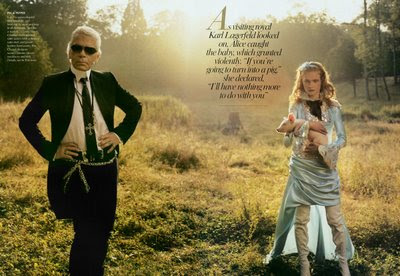 & NOW THE post that prompted Dark and Brooding- EDIT edit edit (a reprise) dedicated to ANON(from here always and forever known as Dark and Brooding, do sign that way in future so I'll know you care)

What an exciting week in New York-alas, here I am in NC-not a bad place to be
-subsequent to the thinking of Powers that be.


the design blogs are buzzing about a

"BIG WINDOW CHALLENGE, Featuring Apartment Therapy and ELLE DECOR- Three designers go head to head in the windows at Bloomingdale's flagship in NYC. May the most Beautiful Room Win!"


I've never met Eddie
Everyone says he's quite swell.
Today he popped in to see where I dwell

He must be quite neat with sour and sweet

His visit was prompted by something
I said:
A comment I left-
a thought that I had-

"Edit,edit,edit. Less would have been more in this case. All three rooms leave a lot to be desired"

to which he replied

Thanks for your sweet comment over at My Notting Hill!
xo
Eddie

I wonder how Eddie could have missed my point-
It wasn't a sweet comment-
But my honest opinion.


I applaud the hard work of all the designers- they have done an inordinate amount of work.
Voters are voting-
Bloggers are cheering- Mostly for Eddie, and I guess that is good.

Best of Luck to you Eddie-
Come back when you will
& Next time consider
Edit, edit, edit.
xo. 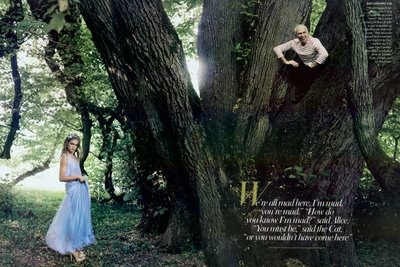 & NOW THE COMMENT ON THIS EDIT POST that made me edit-,the NAME has been edited to protect the-

omg. ok - little AI think this is what happens when you have someone just reading all their google alerts and responding automatically with a "thank you for your comment!" comment. worthless.the whole thank yous! is such an issue. Eddie and Jaithen are too busy to be thanking anyone - that is exactly why he doesn't get what you said. all they know is you   wrote about them, but they didn't take to read what you wrote. better to have not thanked at all.it used to be early on   in the life of design blogs that a "thank you" was good manners. It still is. but try sending "thank yous" when you get    50 comments 3 and 4 times a week. it wears you down and is impossible to keep up with it. then still, sometimes it       doesn't even mean anything, so why bother? as is exactly what happened here with Jaithen (he's the one who reads the   google alerts and sends out the thank yous.)I try to comment some, feel guilty for every comment that goes unthanked and the energy wasted on the guilt and worry is too much. uggggh. any suggestions??????

to which I replied:

___(blank) sounds plausible-and that makes it pretty crazy. Oddly enough-the comment I left was on Notting Hill's post-I didn't mention his name-just the comment. And do they follow you home to your own little augury perch too? gracious!I didn't think they could possibly be reading all the comments when their images are wallpapered across the design blogs with this room image.It would be exhausting. Either way- Does that make it better or worse? Comments that are fillers? Too much, it just lacks sincerity, No? It might have been wise to remove those alerts for a week or two.It seems like the entire competition is just a popularity contest really, doesn't it? Especially when implying the way the voting is set up is somewhat advantageous to Apartment Therapy-(another robo message maybe)which I don't get at all. ___(blank) YOU are great because you tell it -like it is- and I respect that, hope you do the same. Thanks for the comment xo(and I mean that!)

( and yes I have deleted ALL the comments on the ORIGINAL POST in the SPIRIT of -Well, Not wanting to alienate My dear Readers, those that DO leave their NAMES and ANON. too! It's my blog and I will EDIT if I want to-
Oh! 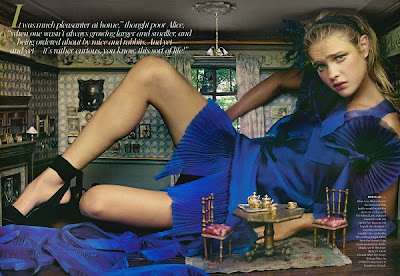 (all photographs are by the fabulous Annie Leibovitz and were published in VOGUE 2009)
.